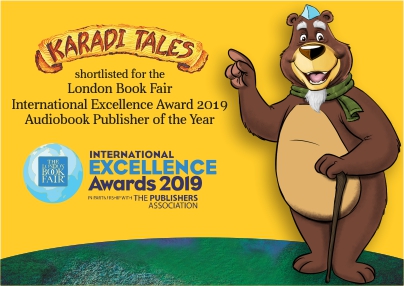 Ahead of the 48th annual London Book Fair, the shortlist for the International Excellence Awards for publishers has been announced. Chennai-based children’s publishing house Karadi Tales has been shortlisted for the Audiobook Publisher of the Year Award on the basis of its high-quality content and its partnership with the Karadi Path Education Company. 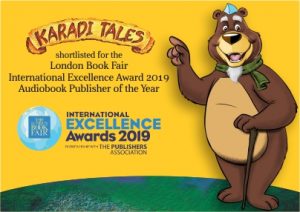 Karadi Tales is an award-winning independent children’s book publishing house that was founded in 1996. Its picture books and audiobooks have been on prestigious lists such as The New York Public Library’s Best Children’s Books, White Ravens, IBBY, the Amelia Bloomer list and the Dolly Parton Imagination Library Program, and have sold translation rights around the world. Karadi Tales was a pioneer in the children’s audiobook industry in India, with stories narrated by acclaimed theatre and film personalities, and set to professionally performed music.

Karadi Path was founded in 2010 as Karadi Tales’ partner company with the aim of bridging the cavernous English literacy gap in India by using stories and immersive learning. The award-winning Karadi Path pedagogy saw exponential success and is now part of the curriculum in over 3000 schools, benefiting over half a million students, many of whom are at the bottom of the income pyramid, with limited access to English language learning tools. All Karadi Path programmes feature content from Karadi Tales.

Karadi Path has partnered with the Indian Government’s Sarva Shiksha Abhiyan, The State Council of Educational Research and Training, and schools for tribal children, girl children, and minorities, and has been recognized by USAID and the San Francisco-based Project Literacy Lab for its effectiveness in environments with limited infrastructure and for first-generation English learners.

The Karadi Tales-Karadi Path business model is a unique one that brings high-quality, low-cost products to those who need it most, and has been recognized for its innovativeness in this sector.

Every year, the London Book Fair sees participation of over 25,000 publishing professionals from around the world. The LBF International Excellence Awards ceremony will take place on Tuesday, 12 March, 2019 in The Conference Centre, Olympia, London.