You are here:
2013-08-30Uncategorized
“I wish children’s literature and illustration were taken more seriously in the country. Creating for children is an extremely serious business, it just needs better recognition like in the western countries.” – Pulak Biswas 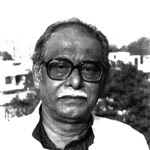 We are incredibly sad to hear about the death of Pulak Biswas, one of India’s best-known and most accomplished children’s book illustrators. He will sorely be missed.
Pulak Biswas was one of the most senior children’s book illustrators in India. After training at the Government College of Art, Kolkata, Biswas worked for many years in the advertising industry. He was the recipient of an UNESCO fellowship for advanced studies in Graphic Design and Illustration. He also studied at Hornsey College, London, and the Rietvald Academy, Amsterdam. In the 1980s, Pulak Biswas left advertising graphics and joined the cartoonist K. Shankar Pillai at the Children’s Book Trust, New Delhi. Pulak’s artwork is represented in several public and private collections. He has also held several solo and group exhibitions in India and Europe.
His book, A Day in the Life of Maya of Mohenjo-Daro, written by Mulk Raj Anand, earned its publisher Children’s Book Trust, India, an Honorary Mention at the Biennial of Illustration Bratislava in 1969. In 1992-93, he won the National Award for Children’s Literature for Ashok’s New Friends, written by Deepa Agarwal. In 1999, his book Tiger on a Tree written by Anushka Ravishankar, won the Biennial of Illustration Bratislava, and in 2005 was listed in the American Library Association’s List of Notable Books. The book Hensparrow Turns Purple written by Gita Wolf, won the Biennial of Illustration Bratislava Plaque in 1999.
In the meanwhile, here’s one of our absolute favourite illustrations from him. 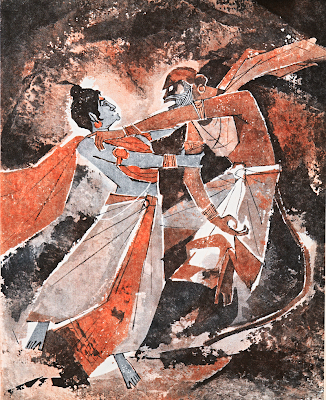 He will always be remembered.
Related posts