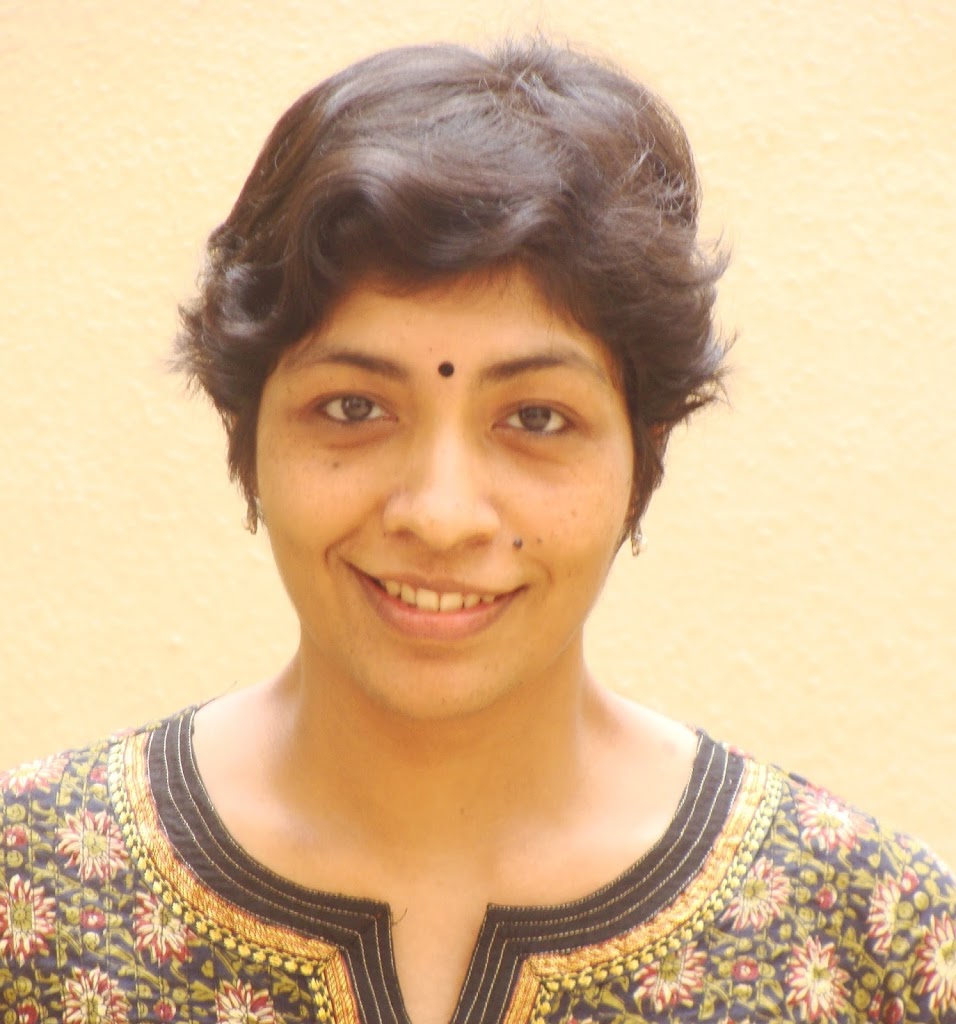 When Lavanya Karthik was a little kid, all she wanted to do was make up stories and draw pictures. Now that she’s a slightly bigger kid, that is pretty much all she does. She lives in Mumbai, where she writes and illustrates children’s book and takes a lot of naps. She also makes comics and writes speculative fiction for adults. For Karadi Tales, she wrote and illustrated The Lion’s Feast, as well as our newest title, Fly, Little Fish! 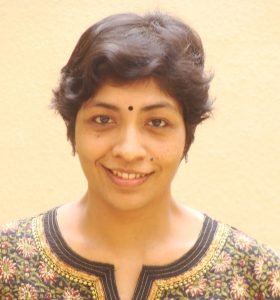 What inspired you to write Fly, Little Fish?

My own efforts at writing, drawing and long-distance running, actually.  But it applies to pretty much anything you love enough to want to get better at, right? You never stop trying, however impossible the task might seem, or how slowly you seem to be progressing. You keep flapping your fins, keep jumping . . .
How did you get into writing for children?
I was always a voracious reader, and I’ve been writing stories and doodling pictures for as long as I can remember. So even as a kid, I remember wanting to be a writer when I was older. But it wasn’t until I became a parent that I started taking those childhood dreams seriously. I started with writing down the little stories and rhymes I made up for my daughter, then began sending them out to various publishers of children’s books.  I also began illustrating children’s books, which was, and remains, a terrific learning experience. After a lot of failed attempts (or, should I say, flapping of fins) my book The Lion’s Feast was published by Karadi Tales. 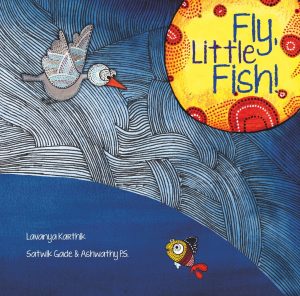 In addition to writing and illustrating children’s books, you write comics and speculative fiction for adults. Do you find the process of writing for adults and children very different? If so, why?

I see it less as writing for a specific age group, than as telling a story the best way I can. So, the process is much the same – endless writing and rewriting (or redrawing), ruthless editing, more writing, much wringing of hands, pulling of hair and eating of chocolate. Lots and lots of chocolate. And eventually, it’s done.
What do you like to read? Did you have a favourite picture book as a child?
I read everything- books of every kind, street signs, bus tickets, labels on pickle jars. You never know where your next idea could come from! But the genres I read the most are middle-grade and YA fiction. I don’t think the concept of picture books even existed way back when I was a kid – in fact, I probably did not see a picture book until I became a parent myself. What I do recall being very attached to was a stack of beautifully illustrated books from the erstwhile USSR, including the classic, When Daddy was a Little Boy by Alexander Raskin. 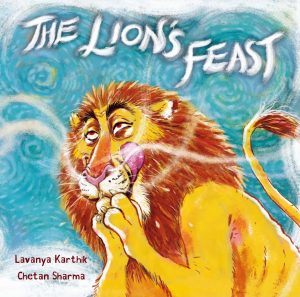 Finally, could you give us any hints about what you’re working on at the moment?
I am currently working on a picture book for Karadi Tales, and the third instalment of the ‘Ninja Nani’ series published by Duckbill. Meanwhile, simmering slowly on the backburner is a middle grade fantasy set in a little town in the Himalayas.
Related posts