On Bilingual Titles from Karadi Tales

You are here:
2011-09-23Uncategorized
Have you seen this article on bilingual books in the Times of India?

What Karadi Tales titles are available in languages other than English? Quite a few, actually! 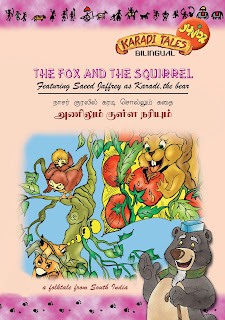 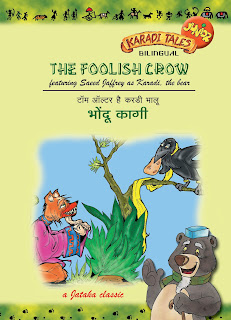 The Karadi Tales Junior series is a popular series of audiobooks aimed at very young children (ages 2 to 4). The audiobooks were first made available in English (narrated by Saeed Jaffrey). Once we discovered how popular these books were, both in schools and in the general retail market, we converted them into bilingual titles in 2004 – English/Hindi and English/Tamil.
The Hindi audio is narrated by Tom Alter and the Tamil audio is narrated by Nasser. 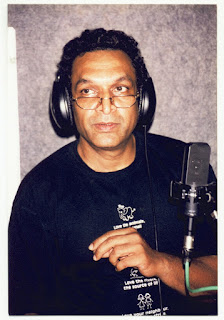 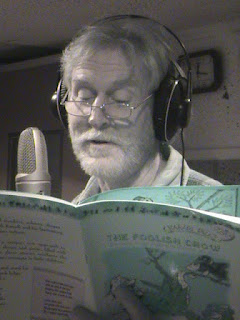 Some Karadi Tales titles were already available in Hindi as Karadi Katha and Tamil as Karadi Kadhai, aside from English, but this was our first foray into dual language books.
Chitra is an imprint of Karadi Tales that makes picture books from around the world available to Indian children. In 2007, we wanted to make the beautiful Eric Carle titles available in the English/Hindi bilingual format and we negotiated the translation rights to do so. The 4 titles were The Very Hungry Caterpillar, The Grouchy Ladybug, The Mixed-Up Chameleon and The Tiny Seed. 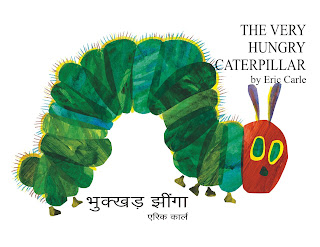 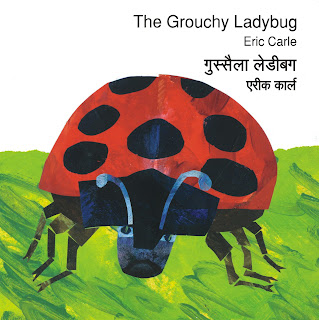 Our Eric Carle bilingual titles are extremely popular in urban milieus, probably because the creator is already well-known in these circles and the bilingual aspect makes these books a novelty in the genre. Here, the motivating factor is probably the fact that parents want children to get comfortable with their mother-tongues. Look at this email sent to us by a bookshop owner based in South Bombay on the bilingual titles.
These books are purchased both as extracurricular reading to help a child gain academically in language skills and to help the child repossess her mother tongue and think imaginatively in a language other than English. While the former is important in schools, the latter is more important in the home setting. From our experience, we can tell you that bilingual titles are popular both through academic channels and through the retail market. The aspect of language-learning through bilingual books is one that definitely cannot be ignored. But more than that, from the perspective of a child, the bilingual book can be very exciting. In the case of audiobooks and video products, the tones, sounds and accents differ so much from one language to the other that it is often like getting two different stories! Take a look at this article written by our CEO, C. P. Viswanath for the Times of India a few years ago.
When we brought out Wings of Fire by Abdul Kalam as an audiobook, we were so struck by its popularity that we also decided to bring the audiobook out in Tamil and Hindi as well. The Hindi audiobook is called Parwaaz and the Tamil audiobook is called Agni Chiragugal. 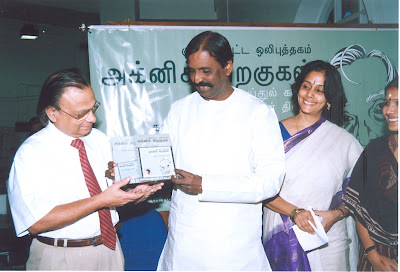 Aside from audiobooks and picture books, we have bilingual DVDs as well. The Karadi Tales animated series and the Mythology animated series is entirely available on DVD as home video products in the bilingual format as English/Hindi titles with voices from several of our popular narrators.
For the future, we’re always on the look-out for stories that lend themselves to the bilingual format. Additionally, we have been looking at bringing out books that are simultaneously in two languages, i.e., when two different languages are interspersed within the text of the story, rather than reproducing the same text separately in the two languages. For children who are naturally bilingual and who have a tendency to switch effortlessly from one language to another during regular conversation, these books definitely strike a chord. For now, the languages we are most comfortable with are English, Hindi and Tamil, although this may also change in the future. We’d like to bring out the 4 Eric Carle titles in the English/Tamil format as well.
Related posts