Our panel of judges

You are here:
2010-04-23Uncategorized
The ‘Will You Write With Me?’ contest has an eminent panel of judges. All three judges of the contest are published authors with a special interest in children’s literature. Most importantly, all three are voracious readers – and that’s what makes them such perfect judges!

We know you’re curious about who they are, so here are their profiles. 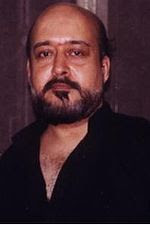 Shreekumar Varma is an Indian author, playwright, newspaper columnist and poet. He is the great great grandson of the artist Raja Ravi Varma and grandson of Regent Maharani Sethu Lakshmi Bayi, the last ruling Maharani of Travancore. He lives in Chennai and is a full-time writer and adjunct professor at the Chennai Mathematical Institute. He was awarded the Charles Wallace Fellowship in 2004. His debut novel Lament of Mohini was longlisted for the Crossword prize. It featured on the Asian Age Top Ten List. His novel Maria’s Room was longlisted for the Man Asia Literary Prize in 2007.
You can read more about Shreekumar on his website.
Anshumani Ruddra 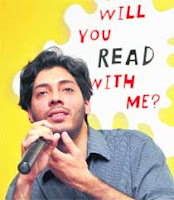 Anshumani Ruddra is an author and screenwriter based in Mumbai. He predominantly writes in the speculative fiction genre. His short stories have appeared in various anthologies and he is currently putting finishing touches to his first novel for adults. He also conducts workshops for children and college students in the areas of writing, speculative fiction, scriptwriting and comic books.
He has written two titles for Karadi Tales – Crickematics! and Dorje’s Stripes. Do read this write up about Crickematics!.
You can find out more about Anshumani on his website and his blog.

Children’s writer and educator, Shobha Viswanath is Publishing Director and co-founder of Karadi Tales Company. A postgraduate in Literature from the University of Bombay and in Special Education from Eastern Michigan University, Shobha has worked as a consultant for several schools, developing resource material for children with learning difficulties. She has also directed workshops for teachers and parents on early childhood learning.

Shobha has written over 20 books for children. She loves traveling, art and music and belongs to a family of musicians.

Do watch this interview of Shobha on ChennaiOnline – Part 1 and Part 2.

Our judges are very excited about the awesome writing that’s come to us through this contest, and they’re thoroughly enjoying this process.
So keep writing, everyone!
Related posts